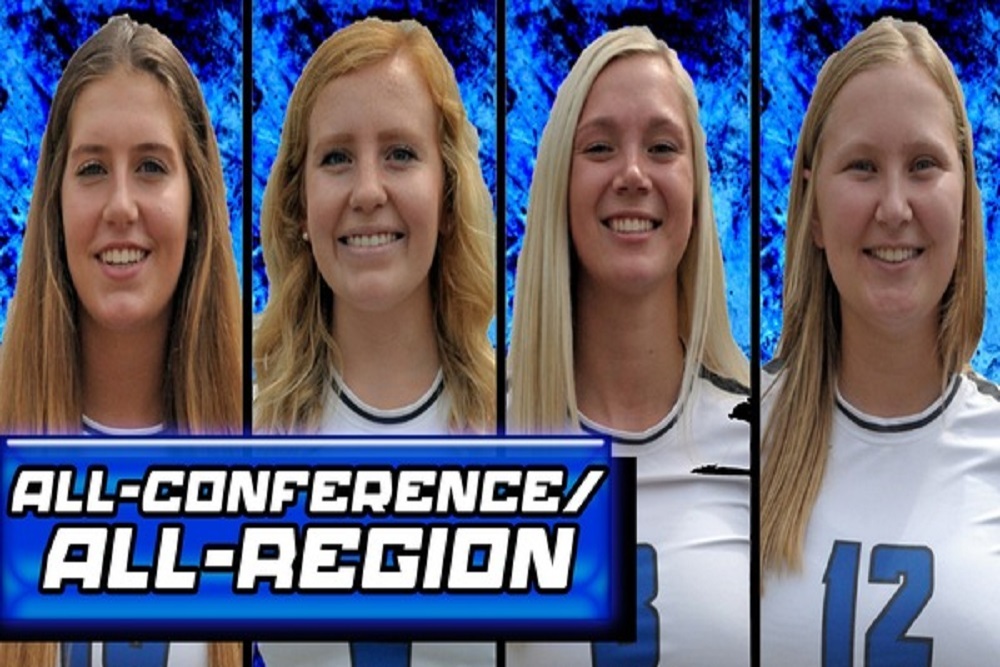 Dilsaver led the ICCAC in hitting percentage at.363 and in blocks per set at 1.15. She was third behind Paulsen and Parker in team kills with 327. Those kills came from 630 attacks with 98 hitting errors. Her season also included 12 assists, 42 digs and a team-high 151 blocks, including 98 block assists.

Parker finished second to Paulsen in kills with 359. Her hitting percentage was.232 with those kills coming from 881 attacks with 155 hitting errors. Parker's season also included 11 assists, 20 ace serves, 119 digs and 39 blocks, including 26 block assists.

The DMACC volleyball team concluded the season with a 23-12 record and a 6-3 mark in the ICCAC. The Bears season end with a 3-2 loss to Kirkwood Community College (KCC) in the semifinals of the NJCAA Region XI-A Volleyball Tournament.