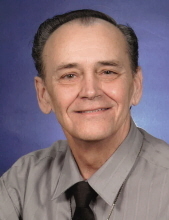 Gary Schmitz, 76, of Winterset, passed away on Monday, January 20, 2020, at HCI Kavanagh House on 56th in Des Moines, surrounded by his family. A Mass of Christian Burial will be held Friday, January 24, at St. Joseph Catholic Church in Winterset. Burial will be in the Winterset Cemetery. Family will greet friends from 4 to 7 PM on Thursday at Caldwell Parrish Funeral Home Winterset Chapel. A Vigil Service will be held at 7 PM with a Rosary following. Memorials may be directed to his family for a future designation.

Gary Godfrey (Pommier) Schmitz was born on July 30, 1943 at Tracy, Minnesota to Godfrey and Lucille Pommier. When Gary was four years old his mother died in childbirth. Gary and his brother Terry were adopted by Herman and Lena Schmitz of Currie, MN. His brother Richard was raised by his grandparents John and Margaret Ruppert. Another brother, Mike, was cared for by Gordon and Beatrice Deslauries. Later, his father Godfrey married Santos Singh from Utah. Together, they had three children, Andre, Marsha and Catherine.

Gary attended Immaculate Heart of Mary school in Currie, MN. After graduation, Gary moved to St. James, MN where he met the love of his life, Barbara Ann Riesenburg. They were married in 1962 and had three sons, Mark, Dean, and Richard. They raised their family in St. James and Lake Crystal, MN. Gary attended drafting school and later took a job in Waterstown, South Dakota. Working for Midland-Ross, Gary drafted parts for the aerospace industry.

In 1987, Gary and his family moved to Winterset, Iowa. He and Barb worked alongside his brother, Mike at Lally’s Restaurant and Sunrise Trailer Court. Gary was also an avid collector of pennies. While a penny may not mean much to some, they always meant a great deal to Gary.

Gary’s strong Catholic faith and his parish family were always important to him. He could always be seen sitting in the back pew every Saturday night for Mass and he hosted a prayer group at his home.