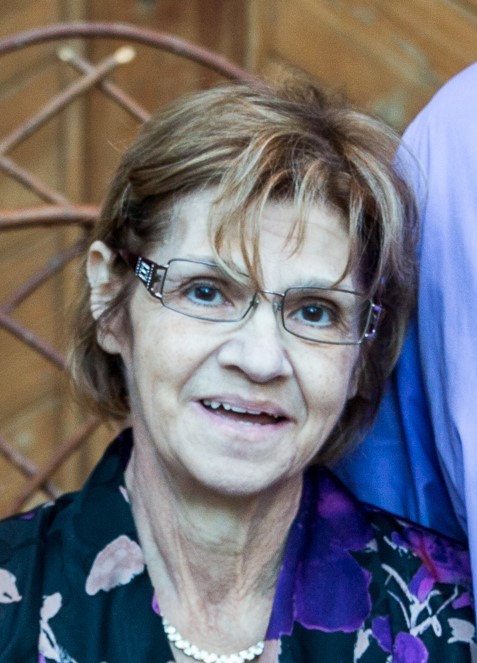 Joan Marie Sutton passed away after a short but serious illness on January 18, 2020. She was accompanied in her passing by her daughters, who miss her tremendously.

Joan was born January 17, 1947 and spent her childhood in both Clarks, Nebraska and Grinnell, Iowa. Some of Joan’s fondest childhood memories were of her times in Nebraska with her grandmother, Dora Hahn. Her relationship with her grandmother remained one of the most important things to her throughout her life, and her times in the country may have sparked her life long love of animals. Joan graduated from Grinnell High School in 1965 and moved to Des Moines. She was married to Charles Eoriotti from 1977-1979, and married to Richard Sutton from 1980-2008.

She worked for Meredith Corporation and Dahl’s grocery store and studied at Drake University, and when she started her own family with Richard in 1980, she settled in to her calling in life of caring for children, as an in home childcare provider. Joan cared for dozens of children in her home over the years and each of them was special to her and knew that she loved them dearly.

Joan was a natural caretaker, and along with caring for children she got great joy out of caring for animals. Joan loved cats tremendously, and always had several in her home. Her cats were just as much a part of her family as her own children. When Joan lived for several years in Cincinnati, OH, she acted as a foster home for cats and nursed sick and injured cats back to health.

Joan enjoyed many hobbies over the years, as she loved to make beautiful things. She raised two strong and compassionate daughters, Amanda and Sara, who try to emulate her example of being devoted to caring for the needs of others.

Joan was preceded in death by her grandmother Dora Hahn, her parents Mildred and Clifford Mielak, her beloved sister Doris Mielak, and her nephew James Patton.  Joan and Doris were inseparable in life and her children are comforted to know that they have been reunited forever.

Joan is survived by her children and spouses: Amanda Murphy(David), and Sara Welbourn (Scott), two grandchildren: Lorelei and Quinn, her siblings and spouses: Vicki Nail (Lloyd), Cindy Beattie(Bob), and Greg Mielak (Debbie), many nieces and nephews, her former husband Richard Sutton, and by the family of her late sister Doris: Richard Williams, Danielle Davis and her children.

A memorial service honoring her life will be at 11 a.m., Friday, at Merle Hay Funeral Home.  Her family will greet friends beginning at 10 a.m.

Memorial contributions may be made to Furry Friends Refuge in Des Moines.