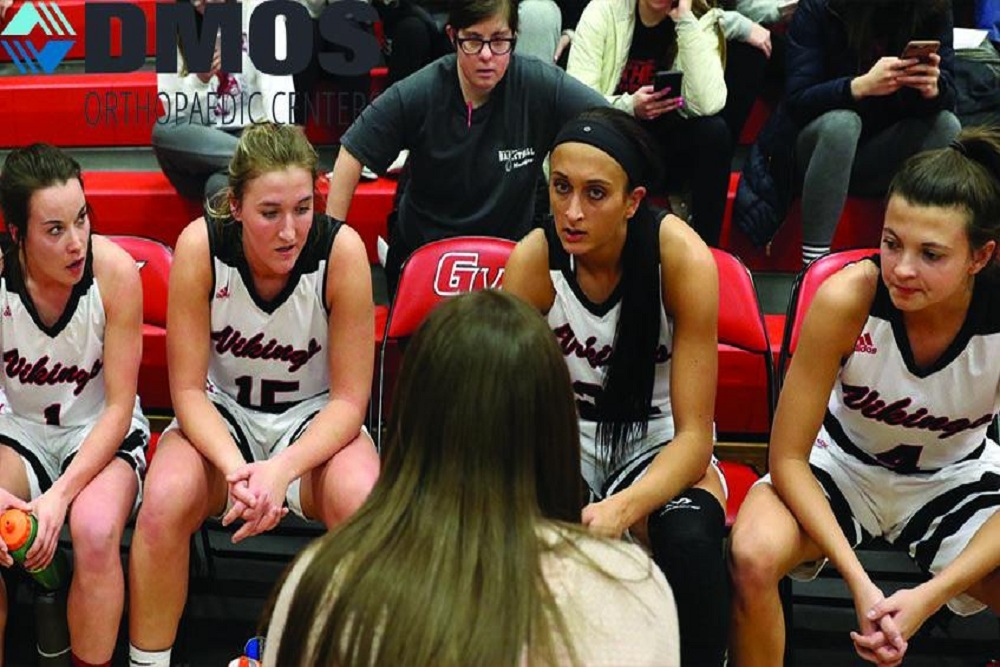 Grand View was slow offensively out of the gate, as the Vikings turned the basketball over 11 times in the first half. Grand View was ahead early on, 12-10 after the first quarter, but could not muster more than 12 second quarter points themselves. William Penn led at intermission 31-24. The Vikings were led by Shannon Pisney (SO/Lime Springs, Iowa) who scored 8 points, Mia Rosener (JR/Des Moines, Iowa) also chipped in with 6 points. Rachel Danielson (SR/Mason City, Iowa) and Brianda Bane (SO/Maxwell, Iowa) sparked Grand View in the first half, as they each scored 5 points off of the bench.

When the third quarter began, William Penn worked on extending their lead, working the basketball around offensively, and playing stingy defense on the Vikings. A field goal by William Penn's Brenda Pennington put them ahead by 11 points heading into the fourth quarter. Unfortunately for Grand View, they could only gain a slight edge in the fourth quarter. When the final buzzer sounded, it wasn't enough to climb back into the contest. William Penn defeated Grand View 64-54.

Grand View had a trio of players score in double digits. Mia Rosener led all scorers with 13 points. Shannon Pisney and Rachel Danielson each scored 11 points. With the defeat, Grand View now drops their record to 16-8 overall and 12-6 in conference play.

Grand View does have an extended break, as they do not compete again until February 12th. The Vikings will travel to Peru, Nebraska to take on Peru State College. Tip off for that contest is scheduled for 5:30 PM.