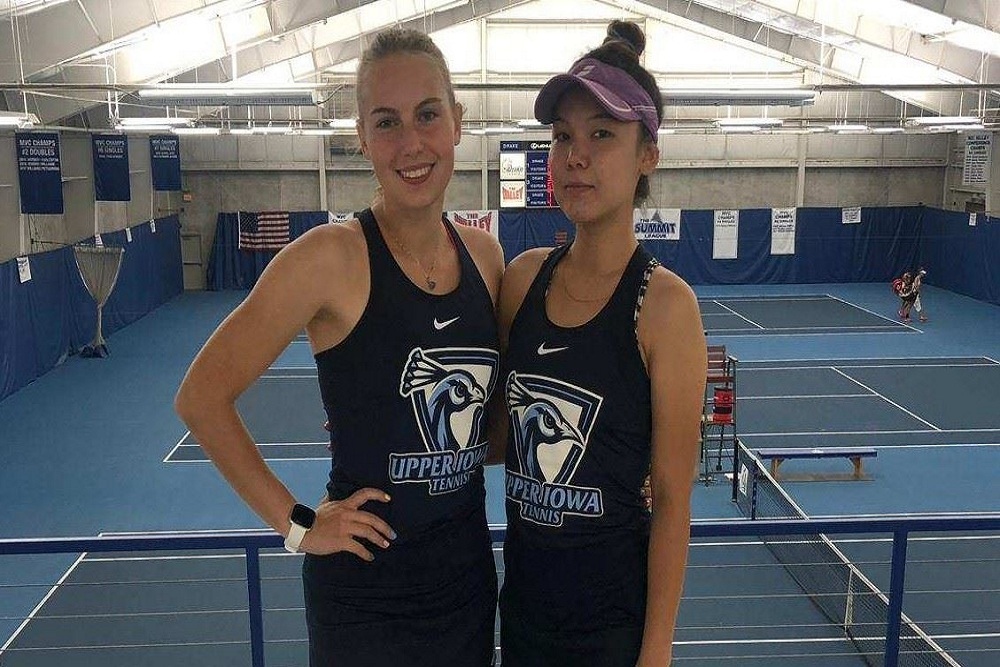 The Northern Sun Conference Tennis Coaches' Preseason Poll is out and Upper Iowa has been selected 10th overall. Senior Shakhnaza Zhanatova was named a player to watch.

Augustana University was the pick in the NSIC Preseason Women's Tennis Coaches' Poll. The Vikings are the 10-time defending NSIC Champions and have won 110 consecutive NSIC regular season matches. The Vikings amassed 121 points and all 11 first place votes after going 19-3, including a 11-0 mark in the NSIC, while making an appearance in the NCAA Central Region Tournament last season. MSU Moorhead was second with 110 points and the other first place vote (coaches cannot vote for their own team).

The Peacock women's tennis squad is set to get back on the courts this spring. Upper Iowa is coming off a 2-9 season (2-9 NSIC) in 2019 after defeating Northern Sun Conference foes St. Cloud State University (4-3) and the University of Minnesota Crookston (6-1). Injuries came into play during the midseason as UIU had to play short-handed for a few matches.

The Peacocks return All-NSIC performer Shakhnaza Zhanatova. The honor marked Zhanatova's third straight All-NSIC recognition as she earned a spot on the All-NSIC squad as a sophomore (first team) and freshman (second team). In 2018-19, she was named to the second team as a singles player and third team as a doubles partner. Zhanatova went 6-3 in her matches at No. 1 singles last year and ended the season on a four-match win streak. The Almaty, Kazakhstan transplant owns a 23-11 career record in singles including a 16-9 mark at No. 1 and a 9-2 record at No. 2. Zhanatova and her doubles partner teamed up at No. 1 doubles last season to post a 7-3 mark against Northern Sun Conference opponents. Deimante Krivickaite returns for her sophomore season after her first season with the Peacocks was cut short due to injury.

The 2020 NSIC Women's Tennis Tournament will consist of the top eight teams in the final NSIC standings competing in a single elimination format on April 17-19 at Huether Family Match Pointe in Sioux Falls, South Dakota.