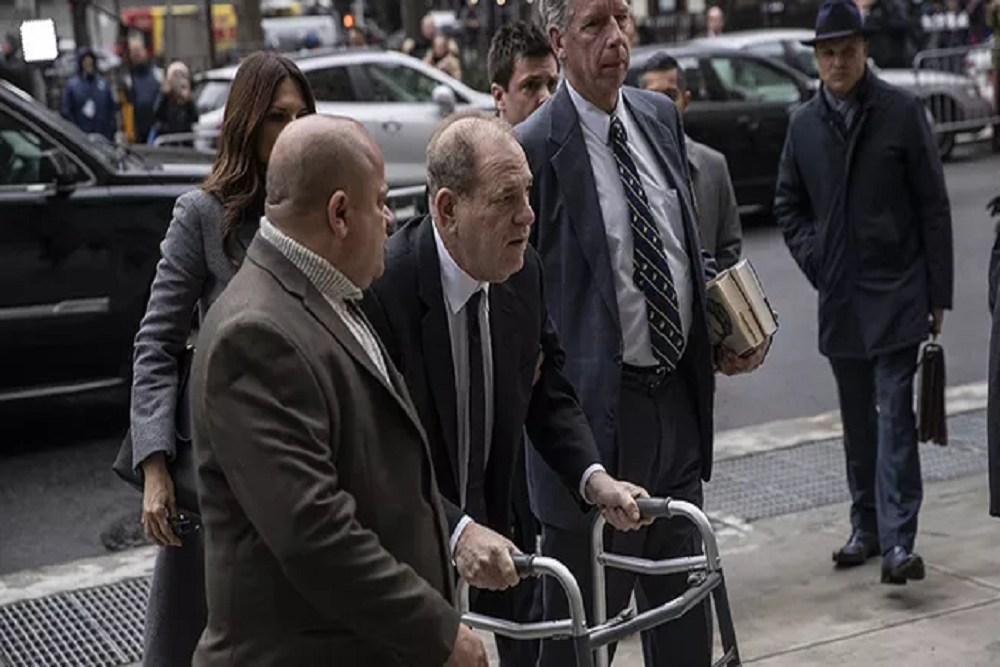 Jurors in the rape trial against Harvey Weinstein said they have reached a verdict on three of the five counts brought against the disgraced movie producer. They are deadlocked on the two most serious charges of predatory sexual assault.

Weinstein's lawyers said they would accept a partial verdict, but the prosecutors said they would not. New York Supreme Court Judge James Burke ordered the jury to continue their deliberations, telling them they need to come to a unanimous decision on the charges in order to return a verdict.

Weinstein has been charged with both rape and predatory sexual assault, with several different women testifying against him during the weeks-long trial. He's maintained his innocence and claims that all of the sexual encounters were consensual.

The jury of seven men and five women has been deliberating since Tuesday (February 18).

More than 80 women have accused Weinstein of sexual assault, with allegations going back decades. He is also facing similar charges in Los Angeles.